For where hygenie counts the most

Developed in conjunction with Senior Environmental Health Officers, Caterclad is the wall finish you can be sure is proven safe and hygienic, where it counts the most - where food is prepared or provided. That is why Caterclad is a popular choice in food processing plants ,hotels ,restaurants, fast food outlets , deli’s, and hospitals.

Caterclad conforms to EU requirements in respect of wall finishes in food environments. Caterclad is the only PVC hygienic wall lining system that has the EU Reports PrEN 13823 exposure to thermal attack and PrEN ISO 11925-2: 1999 direct impingement of flame.

Caterclad has Certifications for Marine and Off-Shore use from the Lloyd’s Register and we, at Interclad, constantly monitor our products so that the highest standards of hygiene and fire safety requirements are upheld.

Frequently used in deli’s ,pubs and cafés, takeaways and service stations, Caterclad’s cost-effective and maintenance free wall surfacing is a proven winner - it doesn’t chip, is impervious, impact-resistant and very, very easy to clean. It can be installed over a variety of surfaces such as ceramic tiling or paint, plaster or plasterboard, plywood or MDF, metal or brick, blockboard or blockwork. Caterclad only needs surface preparation in cases where walls are unsound or uneven.

The thermoformed corners eliminate places where mould, mildew or bacteria can accumulate and Caterclad can be easily integrated with flooring systems.

Text to be added.

Compliance as defined in Paragraph A12(b) of Approved
Document B, ‘Fire Safety’ in Buildings Regulations 1991

Conforms to the definition of a Class ‘0’ fire rated material 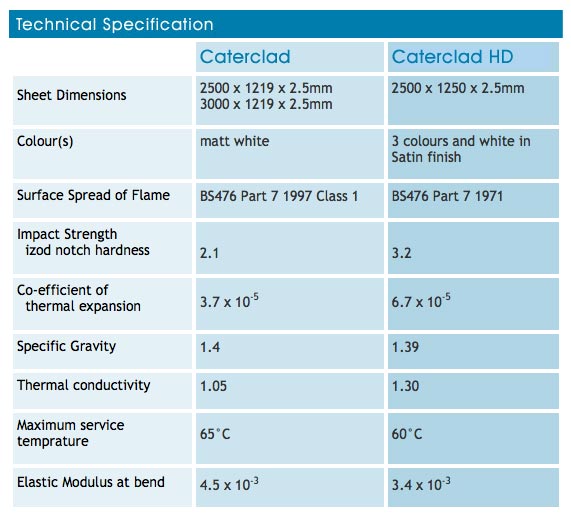 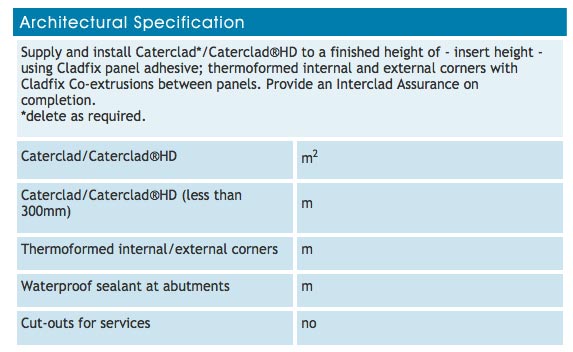 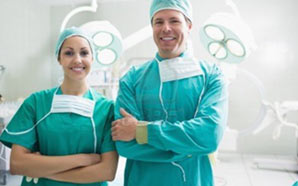 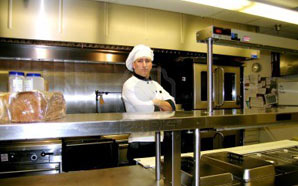 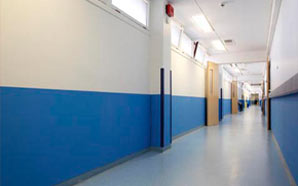